I cringe when I hear people are relying on their desktop computer for all their files. What’s worse is when I hear they have everything on a laptop. What if?

What if your hard drive crashes, your computer is stolen, you spill coffee on the keyboard and it fries the computer, “Microsoft” calls and holds your system for ransom, someone deletes your “My Documents” folder. I’ve seen it all happen. 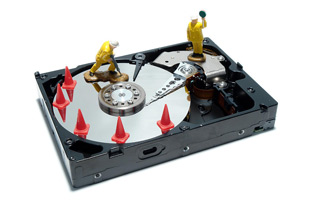 We can sometimes, (40%) of the time, recover the data – most of the data. A drive crash with a standard hard drive is expected. Maybe not today, but possibly tomorrow. You’ll see those strange messages of white text on a black screen. Something saying “drive not found”! It happens. SSD Drives are even more difficult to recover.

Your System is Stolen

Theft if common. Especially for laptop users. This scenario is particularly dangerous as the thief may know how to access all your data. Now you have an identity theft situation eminent. Not just the loss of your precious data. 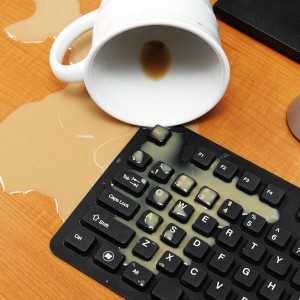 You Spill a Drink

Almost everyone drinks while they work – some more hard-core than others. It’s bound to happen. You reach for the phone and oops! “Water” goes everywhere, including the keyboard. Now this is less likely to cause issues with a usb keyboard – and impossible to happen with a wireless keyboard. We know what happens with water and electricity. Sizzle!

First and foremost, “Microsoft” will almost NEVER call you – seriously! People every day fall for this. A person calls and says you have a virus. They are happy to remove it for you at no cost if you allow them remote access. While on the phone they install hijacking software, lock or encrypt your hard drive, then tell you to pay up or never access your data again. And they are correct. Encrypting a drive is extremely difficult to reverse without knowing the codes they used to encrypt in the first place.

Backup. Then backup the backup. Okay, maybe this is overkill for most of us – myself not included. I’m paranoid, and rightfully so knowing all the possibilities out there. Just backup at least once. You can backup locally with a USB hard drive, Re-purpose an old computer and make it a network backup or purchase a NAS (Network Attached Storage), Cloud backups (S3, gmail, dropbox), or any combination thereof. A hybrid backup to multiple places is always best.

How Does it Work?

Say something happens! Well, if you have a recent backup from last night, you simply reinstall your system and restore the backup. You can even take things one step further and do an “Image Backup”. This creates a virtual copy of your fully functional system. When restored, everything is restored – programs, accounts, settings, browser history… from the date of the last backup. “Image Backups” are usually paired with a regular data backup as they can be very large.

Note: If you experienced a call from “Microsoft” you want to disconnect your system immediately as any existing backups can be overwritten with the encrypted version rendering your backups useless.

What is World Backup Day?

March 31st has been declared World Backup Day.  With so much of our lives, photos, and videos being stored in digital form, it is important that we begin to make backups of our precious data.  Backing up your data is one of those easy-to-do procedures that many people ignore.

People now create and generate over 1.8 zettabytes of data per year.¹ That’s a lot of data that we need to protect! Unfortunately, nearly 30% of people have never even backed up their data.² Backing up your data will protect your life’s work when that hard drive fails. If you are a small business, a data backup can be what saves your company. World Backup Day is here to make sure that people actually start backing up.

World Backup Day can easily be observed by spreading the word of data integrity and automatic backup. Share World Backup Day with all your friends and family. The virtues of both local and offsite data backup sites should be extolled.  People should relay and take heed of the tales of devastating data disasters like the loss of an entire season of a children’s television series³ or the near complete loss of customer data by Microsoft’s & T-Mobile’s Sidekick.⁴ Even Pixar accidentally lost nearly 90% of the animated film Toy Story 2 to an errant computer command.⁶ So sad, all they needed was a proper backup plan that included regularly testing the data restores.